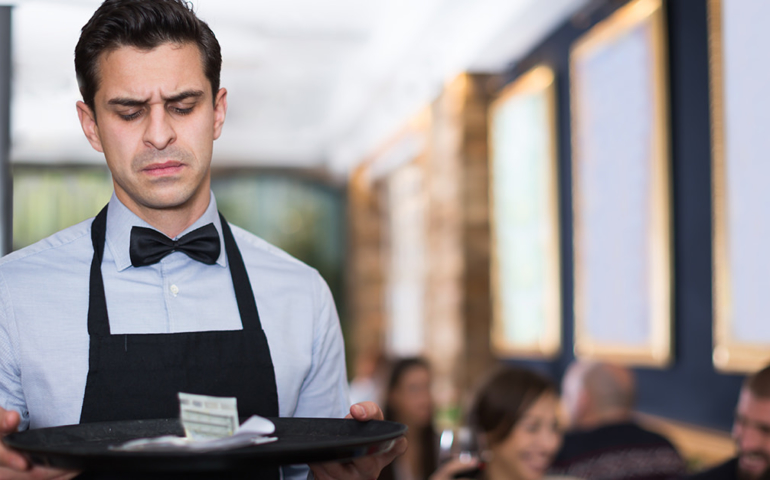 A video went viral on Monday thanks to its misguided advice on how to tip servers when you’re dining out. Its money-saving hack? Tip less!

“This simple tipping trick could save you over $400 a year,” the video title says. In the video, produced last year by Richard Washington and Zack Guzman for CNBC Make It, Guzman combines person-in-the-street interviews with his own advice on how to save money while dining out.

“I realized I may have been tipping wrong my whole life. Maybe you have, too,” Guzman writes in an accompanying blog post.

Guzman advises tipping on the pre-tax bill instead of the total bill at the end of your meal. This will save you money — as much as $400 a year, he says — although we must add, this is completely dependent on where and how often you dine out, as well as what state you live in. (Sales tax varies by state.)

Yes, shaving a percentage or two off your tip can save you money in the long run. But, as any hospitality professional, food and drink journalist, or experienced layperson can tell you, you’ll be doing so at the cost of your server’s livelihood. That tip may be arbitrary to you — Guzman didn’t even realize how much he was spending! — but your server is likely depending on it to pay their bills.