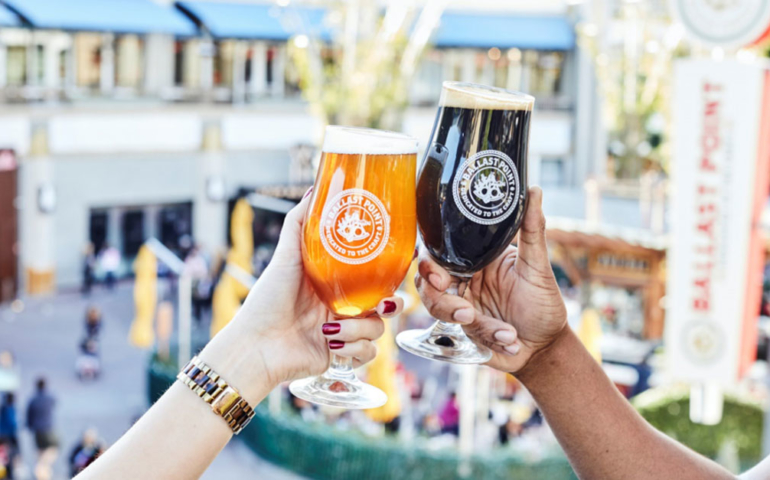 A Constellation spokesperson told Brewbound the closures reflect the global alcohol producer’s efforts to “[right-size its] cost structure based on recent craft trends.”

Translation? Constellation kinda regrets dropping $1 billion on Ballast Point in 2015, and is more interested in investing in emerging categories like mezcal and cannabis.

A part of me feels bad for Ballast Point. From here, it looks like they did everything right: Ballast Point pioneered one of the country’s best beer cities; produced a world-famous line of IPAs; sold to a global alcohol conglomerate; and built new facilities in tourism-friendly places (even Disneyland!).

It’s kept up with craft beer’s fast-paced trends, too, releasing a brut IPA, hazy IPA, and low-calorie lager in recent months — that were all actually good.

But sometimes, dollars, delicious beers, and even Disneyland can’t save a craft-beer pioneer. Two weeks ago, Constellation reported a $108 million impairment charge on the Ballast Point brand, “essentially admitting it overpaid” for the brewery, Brewbound reports. Constellation also dropped a cool $4 billion into Canopy Growth Corporation last year, investing quadruple the amount in the Canadian cannabis company it did in Ballast Point. (Constellation also acquired Florida’s Funky Buddha brewery in 2017, but the terms of the deal were not disclosed.)

Craft beer consumers want what’s fresh. We want local, we want new, and when we’re traveling, we want to drink beers we can’t get back home. In San Diego’s behemoth brewery scene, Ballast Point is sadly losing its hop-dusted sparkle.

“Beer” is the operative word here. The Ritas are technically flavored malt beverages, and Sol Chelada, described on the can as “beer with natural flavor and artificial color,” verges on sparkling ketchup. But a bona fide craft beer ranking between the two biggest breweries on the planet is pretty darn cool.

Some critics are dismayed by hazy IPAs serving as peoples’ entry into craft beer consumption. I totally get that — these consumers missed out on an enriching journey of Fat Tire, being blown away by Belgian beers, and enduring years of overly bitter IPAs. The kids these days have it so easy, with their milkshake IPAs!

That said, if hazy IPA as an entry point to beer means people are choosing Firestone Walker 6-packs over Sol Cheladas, and right after Ritas, I have to root for it.