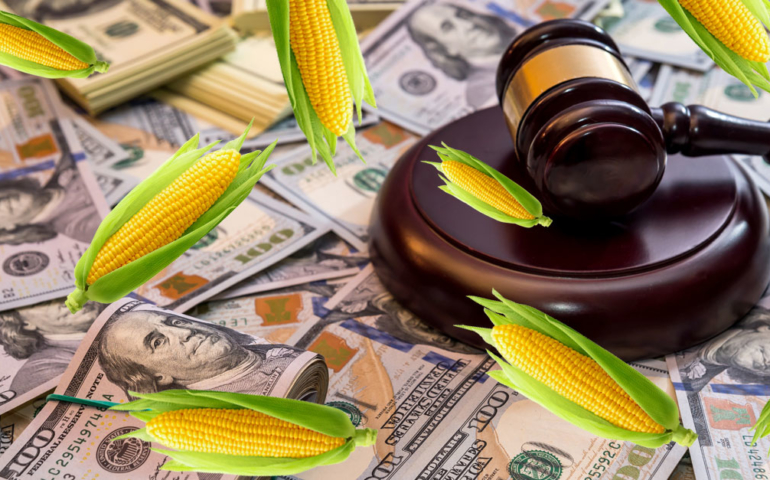 Corngate, corntroversy, or whatever you prefer to call the ongoing food-fueled fued between Bud Light and MillerCorn — sorry, MillerCoors — officially escalated to the legal level. MillerCoors is suing Anheuser-Busch for its  “false and misleading advertising campaign,” AdAge reports.

The Thursday filing against AB InBev comes one day after MillerCoors announced a rebuttal campaign that mimics Bud Light’s ads, which originally aired during the Super Bowl, and call out Miller Lite and Coors Light for using corn syrup in their recipes.

In the filing, MillerCoors writes, “AB’s purported rationale for this campaign, ‘transparency,’ is a classic example of corporate double-speak.” That double-speak more than quintupled in a recent interview with Bud Light VP of Marketing Andy Goeler, who used the word “transparent” or “transparency” 11 times while speaking with Food & Wine.

Whether Bud Light’s aggressive advertising tactics are illegal is up to the courts, but at the very least, the ads are hypocritical: AB InBev uses corn syrup in several of its products, including Bon & Viv Spiked Seltzer, a brand the brewery advertised before the Bud Light ads during the Super Bowl.

Like AdAge’s Jessica Wohl writes, “corngate” is keeping us busy. Since Bud Light’s original corn-hating ad aired, we’ve learned that corn syrup isn’t that bad for you, doesn’t actually end up in Miller Lite beer, that AB InBev is ruining the beer industry by pitting itself against its best competitor; that Bud Light is happy about sabotaging the beer industry; and finally, that Milly, Milly is cleverer than Dilly, Dilly.

It’s all jousts and games until someone gets sued. Corn’t we all just get along?