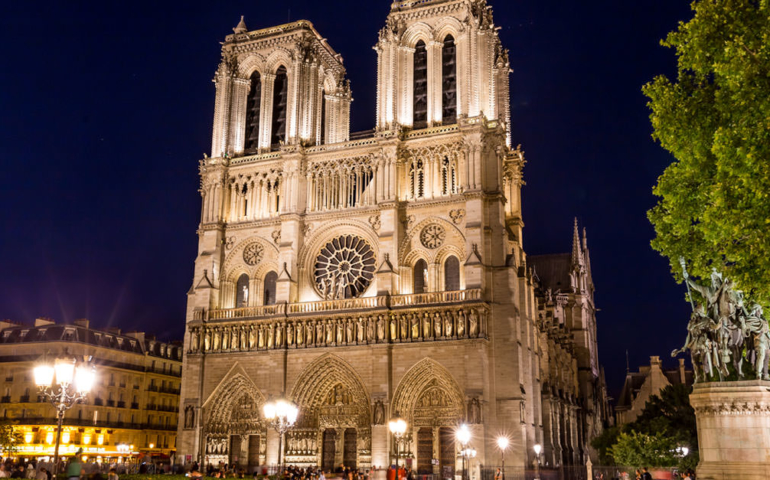 On Monday night, at 11 p.m. Paris time, around 500 of the city’s firefighters finally brought the raging blaze at Notre-Dame cathedral under control. It had engulfed the iconic landmark for nearly five hours. The building’s two towers remained, but its intricate spire and two-thirds of its wooden roof could not be saved.

“The worst has been avoided even though the battle is not completely won,” President Emmanuel Macron said, standing in front of the structure while it was still in flames. He promised the damage would be repaired, and said an international fundraising effort would begin on Tuesday morning.

By Tuesday morning, however, the owners of some of France’s most famous wine brands had already pledged a combined 300 million euros (roughly $338 million) in financial aid.

“The Arnault family and the LVMH Group, in solidarity with this national tragedy, are committed to assist with the reconstruction of this extraordinary cathedral, symbol of France, its heritage and its unity,” LVMH said in a statement.

Meanwhile, Sylvain Charlois of the Charlois Group, which owns the Saury, Berthomieu, and Leroi cooperages and is France’s biggest producer of oak, has promised to help source the best oak to rebuild the ceiling.

“The work will surely take years, decades even, but it will require thousands of cubic meters of wood,” Charlois told French radio station FranceInfo. “We’ll have to find the best specimens, with large diameters.”

Outside the wine industry, many of the country’s largest brands also pledged their support. Cosmetics group L’Oreal said it would donate 200 million euros, while energy firm Total promised to contribute 100 million euros. Meanwhile, Tim Cook, CEO of Apple, announced the company would also be donating to the rebuilding efforts.

At the time of writing, the cause of the fire is still unknown, though many sources believe it may be linked to extensive restoration work that was being carried out on the building’s roof.