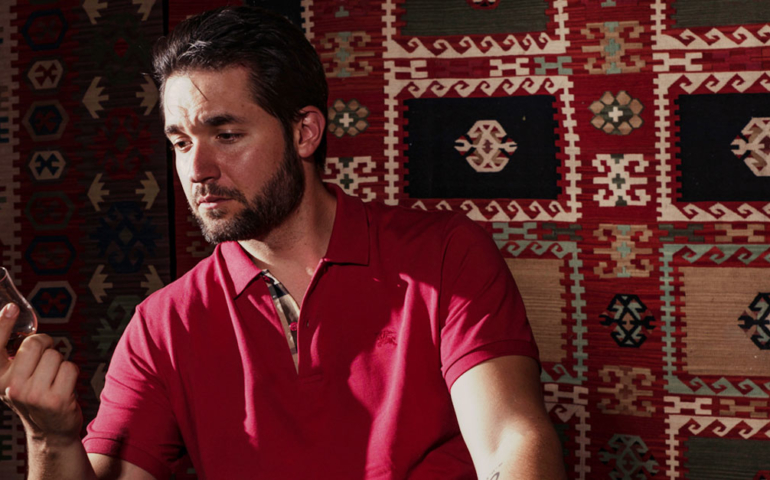 Shakmat, which means “chess” in Armenian, seems a solid bet for the serial investor, especially with consumption of American brandy on the rise. According to the Distilled Spirits Council of the United States, in 2016, Americans bought more cases of brandy than gin, Scotch, or Irish whiskey.

Armenian brandy has a storied history — legend has it Churchill was a fan — and the country’s capital city “boasts more brandy distillers per capita than any other city in the world, including Cognac,” Joseph V. Micallef writes in Forbes.

Shakmat uses only local indigenous grape varietals, is aged in local Caucasian oak barrels, and is priced at $110. A percentage of proceeds from every sale will benefit the Armenia Tree Project.

We caught up with Ohanian to talk about the cocktail he will never order again, and why he keeps a bottle of Seagrams 7 Crown on his bar shelf.

2. What’s the first drink you bought when you turned 21?

I was studying abroad in London so the whole night out was pretty uneventful (is there a “minimum drinking age” in England?), but it was definitely shots of vodka. I’m not proud of that.

I guess I’d K the Negroni, M the Manhattan, and F the Margarita.

Invisible Potion on the rocks with a twist.

5. You can only drink at one bar for the rest of your life. What is it?

My local bar at The Breakers Palm Beach is endlessly entertaining people-watching, and the drinks are strong and good.

6. What’s the best and worst bottle on your shelf?

The giant bottle of Louis XIII is easily the best bottle on the shelf. The worst is Seagrams 7 Crown, which I keep for when my dad comes over (he still swears by his 7&7s).

7. What cocktail will you never order again?

Redbull and vodka. I’m too old for that nonsense.

The article Reddit Co-Founder Alexis Ohanian Keeps a Bottle of Seagrams 7 Around the House appeared first on VinePair.