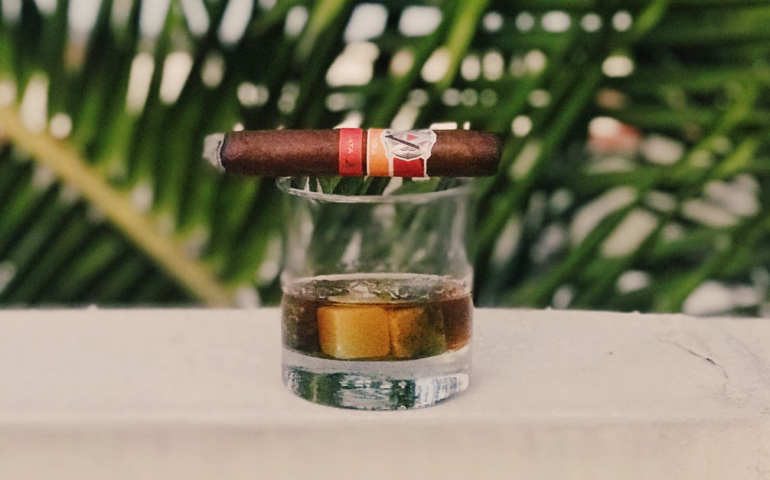 In 2017, Kentucky’s bourbon production reached 1.7 million barrels, the highest it’s been since 1972. There are currently more bourbon barrels residing in Kentucky than there are human inhabitants.

Of course, even though 95 percent of America’s bourbon production takes place in Kentucky, the oak-aged, distilled-corn spirit can legally be produced anywhere in America. Small-batch and single-barrel productions are surging state- and nationwide.

For those less familiar with the style, however, choosing which bourbon to buy can be confusing. We surveyed the landscape to help you make informed purchasing decisions. Whether you’re taking your first steps into Kentucky bourbon, or you’re a brown spirit aficionado who wants to try something new or get the most for your money, we’ve compiled this guide. Here are the 20 best bourbons for every budget.

A sweet, easy-drinking bourbon with a surprising lack of alcoholic heat, Evan Williams Black Label is an entry-level bottle you’ll actually want to drink. Caramel and vanilla dominate from nose to finish, and though there’s little more in the way of complexity, the bottle more than makes up for it with its affordability. Average price: $12.

This Four Roses bottle drinks well neat, on the rocks, or in cocktails. With an average price of just $20, such versatility is an absolute steal. Its aroma and flavor profiles are dominated by oak, but poached fruits, honeysuckle, and cherry add refreshing diversity. Average Price: $20.

Since its 1870 introduction, Old Forester has been in continuous operation (even during Prohibition, when it was sold for medicinal purposes). The Kentucky distiller’s 86-proof bourbon undergoes prolonged fermentation, which adds depth and complexity. It has all of bourbon’s usual oak notes, with added cigar box and mint aromas, and candied orange flavor. Average Price: $20.

Aged in deeply charred oak barrels, Wild Turkey 101 has pronounced caramel aromas and flavors, backed up by citrus fruits and orange zest. The “101” refers to the bourbon’s proof, meaning it’s 50.5 percent ABV. But don’t let that put you off — the alcohol is well incorporated, and provides a lasting and intense finish. Average Price: $22.

Maker’s Mark stands out with its iconic, wax-coated bottle. Inside, things are a little more straightforward. The bourbon is caramel- and vanilla-heavy, with subtle hints of orchard fruits. The finish is long and dry with honeyed corn notes, and additional caramel and oak. Average Price: $29.

Some credit Elijah Craig as the first person to mature bourbon in charred oak barrels, calling him “The Father of Bourbon” whiskey. In a nod to the late Baptist minister, this small-batch bourbon receives a minimum of 12 years aging, giving it a spicy, fruity, and nutty complexity. Average Price: $30.

Woodford began producing its first bourbons back in 1882. This well-balanced, small-batch iteration has dried fruits and tobacco spice on the nose, followed by a silky smooth caramel palate. A refined sipping bourbon, enjoy this neat or on ice. Average Price: $35.

I.W. Harper was one of just 10 distilleries granted permission to make medicinal bourbon during Prohibition. Despite surviving that difficult period, the distillery fell out of popularity in the ‘90s and ceased operations for two decades. It’s back now, and we’re thankful because this bottle is one of our favorite sweet, corn-rich bourbons. It’s full of buttery, cookie dough notes, with shortbread, nutmeg, and crisp orchard fruit. The oaky finish is well balanced and lasting. Average Price: $35.

Knob Creek takes its name from the small water source that allegedly ran through President Abraham Lincoln’s family farm. With notes of toasted cashew nuts, hay, and used oak, Knob Creek has plenty for the experienced palate to appreciate, but it’s balanced and smooth enough for even the newest bourbon drinker to enjoy. Average Price: $37.

This Colorado company is home to the world’s highest-altitude distillery. Not all of the bourbon that goes into this bottling is distilled at altitude, though; Breckenridge also sources whiskey for this blend from Kentucky, Tennessee, and Indiana distilleries. The result is a toasty, nutty bourbon with pronounced banana and sesame notes. Average Price: $45.

Made from a rye-heavy mash bill (35 percent), Four Roses Single Barrel is spicy and has notes of cocoa and nutmeg. As its name suggests, every one of the 750 milliliters that make up each bottle is sourced from a single barrel, adding history and a unique flavor profile. Average Price: $46.

KOVAL mixes things up for its Single Barrel bourbon. In addition to the required 51 percent corn in its mash bill, the Chicago distillery adds millet, a grain widely grown across Africa and Asia. The unusual recipe provides a unique-tasting fruity bourbon, rich in tropical notes. Average Price: $48.

Each bottle of this small-batch bourbon comes straight from the barrel, allowing drinkers to enjoy it uncut, just as distillers do. Different batches vary in strength, ranging from 64 to 70 percent ABV. All age for 12 years in oak, adding concentrated vanilla, caramel, and butterscotch flavors, and a spiced, black pepper finish. Average Price: $83.

Arriving in a “Mad Men”-style decanter, this is a standout bourbon that benefits from extended barrel aging. After 15 years in charred oak, the sweet, corn-rich spirit has savory, creamy notes, as well as plenty of dried and candied fruit flavors. Its finish is nutty and oaky. Average Price: $86.

If Elijah Craig is “The Father of Bourbon,” then Colonel Edmond Haynes Taylor is undoubtedly the father of modern bourbon whiskey. The descendant of two U.S. Presidents, James Madison and Zachary Taylor, the Colonel’s contributions to the industry include introducing copper fermentation tanks, column stills, modernized buildings, and a more efficient sour mash technique. Bottled in bond at 50 percent ABV, the Single Barrel release is refined, complex, and full of character. It’s one of the finest bourbons money can buy for less than $100. Average Price: $90.

Credited as the first producer of modern, single-barrel bourbon, it would be a shame not to mention Blanton’s in this roundup — especially given the quality of this release. The single-barrel bottling smells like freshly baked apple pie, with a generous nose rich in cinnamon, vanilla, caramel, and refined floral notes. On the palate, there are sweet peaches and dried apricots with a touch of maple syrup and molasses. Average Price: $90.

This 12- to 15-year-old bourbon is finished in 20-year-old oloroso sherry casks hand-picked by master distiller Eddie Russell. The resulting spirit is bold and unique, with aromas of dried fruits, citrus, and nuts, and creamy, fruity flavors. The sherry casks add a noticeable savory character to this 55-percent-ABV spirit, which is a must-try for any bourbon aficionado. Average Price: $149.

This bourbon is part of the “wheated” family, a category that favors wheat over rye as the secondary ingredient in the spirit’s mash bill. Easygoing and well balanced, this bourbon has aromas of almond and candied corn, and flavors of brown sugar, cinnamon, and toasty oak. In recent years, its value has skyrocketed, mainly because it’s made using exactly the same recipe as Pappy Van Winkle Lot B 12 Year, and also produced in the very same Bourbon Trace distillery. At less than $200, it’s still a quarter of the price of Pappy, and may be the closest many of us get to sampling it. Average price: $195.