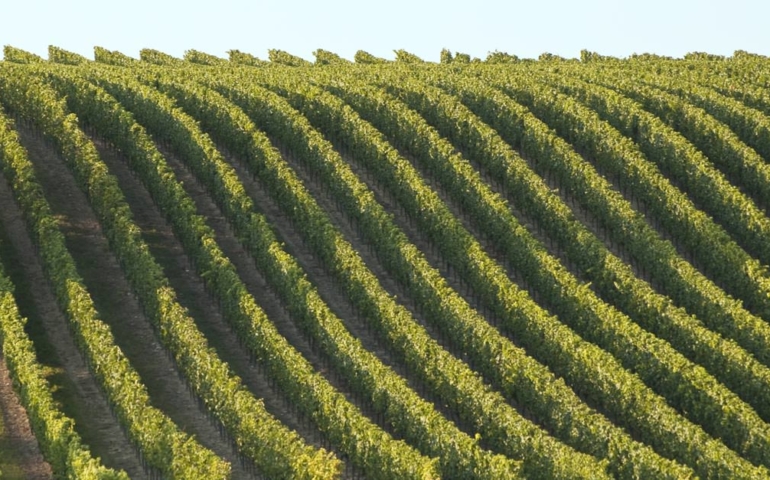 The effects of climate change are being felt in just about every wine region worldwide. In Champagne, some producers have begun predicting, albeit quietly, an inevitable shift from sparkling to still winemaking because of lowering grape acidities.

In 2018, multiple regions including Alsace, the Northern Rhone, and Austria each experienced their earliest harvests in decades, while California wildfires ravaged the state’s vineyards, along with the homes and lives of its inhabitants, for the second year running.

But it’s not just increasing global temperatures winemakers should be worried about. Radical experiments are beginning to show how increasing carbon dioxide (CO2) levels are also having a profound impact on vineyards and grapevines themselves.

As reported by Quartz, researchers at Germany’s Hochschule Geisenheim University spent several years simulating the effects of increased CO2 levels in a Rheingau vineyard, and they’re starting to reveal their findings.

“If you want to look at the future, you need to mimic the future,” Dr. Hans Reiner Schultz of the University says. “You cannot do it in a greenhouse.”

To simulate future conditions, scientists at Hochschule University built a complex system of six ventilators, three of which blow carbon dioxide onto rows of Riesling and Cabernet Sauvignon grapevines, while the other three blow out normal air. The researchers then raised the concentration of CO2 in the vineyard by approximately 20 percent to reach the levels expected to occur worldwide by 2050.

So far, they’ve made some important observations. The first is that the additional CO2 seems to develop extra sugar in grapes, making them bigger and juicier. Secondly, grape bunches are growing longer, and contain more berries.

This may sound fruitful, but it’s possible the grapevines are soaking up much more water than normal, which depletes deep underground reserves.

In addition to the vines, the surrounding ecosystem is affected. Moths that live in the vineyard are reproducing faster, resulting in more grape-eating larvae for growers to fight against.

Although the findings are still preliminary (and the wines made from affected grapes seem to taste normal), scientists remain concerned. If these experiments are any indiciation, winemakers in the next 30 years will have to adapt to dramatically changing vineyard conditions in order to remain operational.

For this reason, creating and testing the technologies to do so may be vital. How do you say cheers in German?