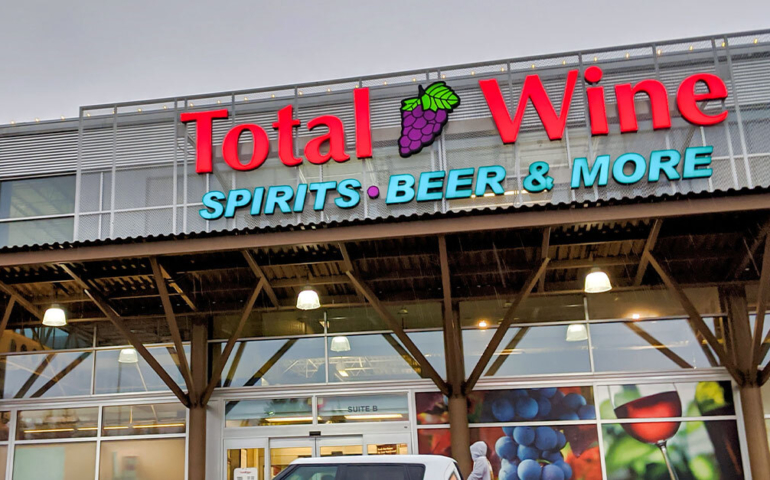 In March, Total Wine & More implemented a $2 dollar pay rise for its hourly employees, providing a much-needed financial cushion to workers during the coronavirus pandemic.

Like other liquor stores, Total Wine is deemed an essential business and has therefore been able to operate during the pandemic. Not only has business been steady, off-premise alcohol sales have surged during Covid-19. Despite this, and in a confusing U-turn, Total Wine has now decided to revoke the pay rise.

According to a BuzzFeed article published on Tuesday, Total Wine quietly announced the decision to store managers via a memo, but did not inform its “rank-and-file employees.” Per the memo, which was obtained by BuzzFeed, Total Wine took the decision to reverse the raise in part because of “trends in the business and external environment.”

Employees were understandably frustrated, especially with sales appearing to be higher than usual for this time of year. Furthermore, Albertsons, Amazon, Whole Foods, and several over grocery stores are providing increases “hazard pay” to employees at this time.

A spokesperson for the company denied that Total Wine was experiencing record sales and told BuzzFeed the raise was always intended to be temporary and not a form of hazard pay. “It was a recognition of the hard work that our team members were doing,” the spokesperson said.

The actions of Total Wine are even more concerning given that one of its co-founders is Congressman David Trone, a member of the House of Representatives. Trone has been vocal in his praise of frontline workers in recent weeks and has publicly backed labor initiatives.

The message sent out by his company — the country’s largest privately-owned wine, beer, and liquor retailer — appears to be at odds with this.