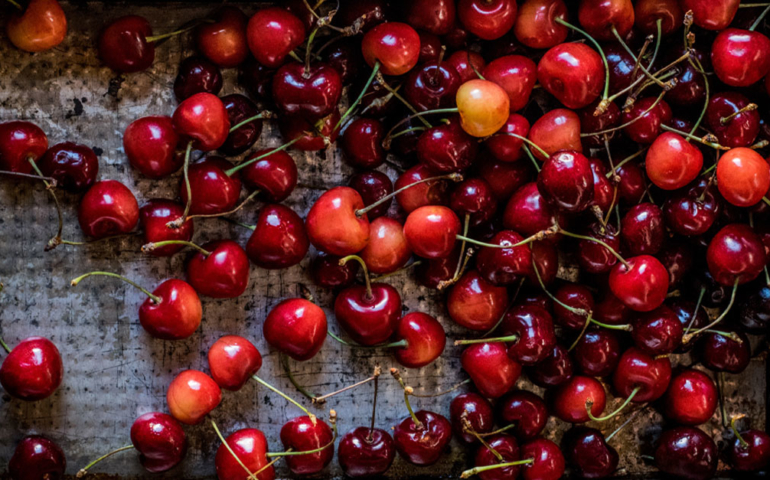 Krieks are hard to come by in the U.S. Finding a bottle of Cantillon, Drie Fonteinen, or Oud Beersel can be about as easy as unearthing real truffles, and prices are similarly inaccessible.

Luckily, U.S. craft brewers love a challenge. And for several breweries around the country, making kriek-inspired sour beers is one of them. To brush up on your beer geekery: Kriek is an ancient Belgian sour beer that’s aged in oak barrels with cherries. Also known as cherry lambic — “kriek” is Flemish for “cherry,” and “lambic” is the term for the spontaneously fermented, often-blended, oak-aged Belgian brew — krieks are produced in a specific region of Belgium. Unless you’ve been there or to one of a select few Belgian-focused beer bars around the world, you may not have heard of them, let alone tasted one.

To celebrate American ingenuity, and highlight beers most of us can actually find, VinePair invited brewers from across the country to submit their takes on the tart, fruity, funky Belgian brew.

The dozen-plus bottles we tasted both acknowledged and broke from tradition. Production processes, barrel types, aging lengths, and ingredients varied. Several tasted unlike the Belgian krieks we’ve been lucky enough to drink, but were still interesting and delicious.

Whether you dream of Drie Fonteinen or have never tasted lambic in your life, these six tart cherry ales are sure to surprise you.

“Kriek” is a misnomer for this Oregon-grown cherry sour ale. “Kriek Lite might be more accurate,” one taster said. Although aged in French oak barrels, “I don’t think this hung around in a barrel very long,” a panelist observed. Strawberry and bready aromas and flavors were pleasing, and tasters appreciated its pretty orange-pink hue, “briny,” “Sprite-like” aromas, and light, bright mouthfeel, like Champagne. However, it lacked the complexity of other kriek-inspired ales. “You could get drunk on this easily,” a taster concluded.

This mahogany blend of sour red ales is aged in red wine barrels for up to 17 months with Bing and sour pie cherries. Tasters likened it to an Oud Bruin, with a savory, acidic “pickle juice” note dominating the nose, while subtle chocolate and caramel flavors, as well as notes of “Irish brown bread,” fill out the palate. Its intensely sour finish left many tasters salivating.

This wild ale is conditioned in oak barrels with Balaton cherries, then bottle-conditioned to spritzy perfection. It pours a stunning garnet color with little to no head, resembling a dark sparkling rosé. It has a “wine nose,” one taster said, with earthy cherry aromas and a sharp medicinal note “like Robitussin.” Deeply cherry-flavored, it artfully combines a touch of sweetness with pronounced sourness. A lemony acidity kicks up the finish. “This would be nice on a rooftop in summer,” one taster said.

Bubbly and hibiscus-pink, this kriek reminded one taster of an Aperol Spritz, and another of Cranberry 7Up. Flavor-wise, it’s a far cry from either. It has violet, funky cheese, and a hint of mildew on the nose, inspiring one taster to say, “bacteria is so cool!” The barrel and fruit notes are somewhat subtle, “more like cherry sour candy” than tart fruit, one taster said, “but it’s still juicy.”

One of the most thirst-quenching American-made krieks, this pale pink beer balances puckering sour flavor with fruity refreshment. “I almost chugged it,” one taster said. Strawberry aroma, sparkling carbonation, and acidity make it drink like a cocktail. Its peppery notes make it ideal for amplifying a slightly spicy dish.

A collaboration with Belgium’s Oud Beersel, this beer pours a stunning garnet color and has sweet, jam-like notes that balance out its tartness and acidity. It starts its life as Oud Beersel lambic, aging in wood, and then gets blended with Polish tart cherries. It’s shipped across the ocean to New Belgium, where it’s blended with an equal portion of New Belgium’s golden sour ale, then matured for up to three years in oak foeders. The 50-50 blend lends a maltier tone to this cherry lambic compared to other, high-tone vinegary iterations.