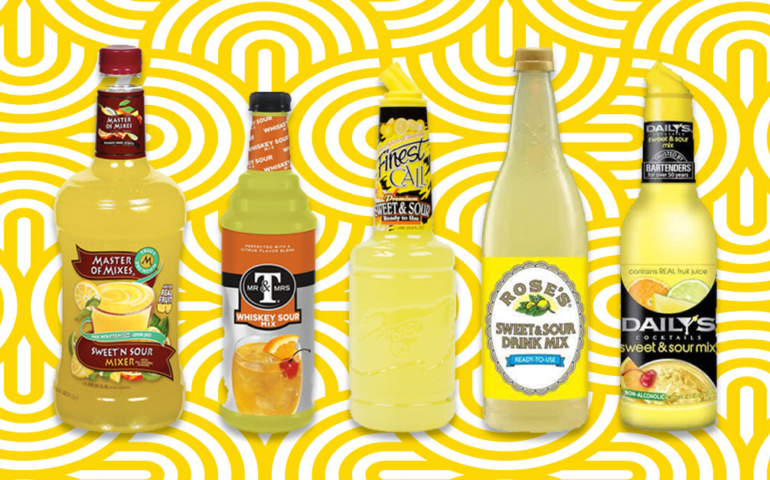 If you went to a bar anywhere in America prior to the year 2000, chances are your bartender had a bottle of sour mix in their well. Sour mix was a very sweet, commercially packaged fruit juice the color of lemon-lime Gatorade. It was a pre-millennium mainstay in Whiskey Sours, Tom Collinses, and truly awful Margaritas.

Thanks to the 21st-century cocktail renaissance and natural foods movement, sour mix has gone from standard-issue mixer, to vestige of an unenlightened culinary past. Nostalgia for the 1990s has revived Doc Marten sales, but nothing is bringing sour mix back.

If you strip sour mix of its artificial colors, flavors, stabilizers, and preservatives, however, it becomes a worthy addition to any home bar. Homemade sour mix is essentially simple syrup cut with lemon and lime juices. It’s lovely with gin or blanco tequila, or in a Vodka Soda. Try adding it to smoothies and salad dressings for a sweet, citrus kick. It also makes a great no-proof cocktail with iced ginger tea or sparkling water.

The recipe below will keep for about one week if stored covered in your refrigerator, but it’s unlikely to last that long.

Treat sour mix like a juice-infused simple syrup, and it becomes a versatile ingredient in drinks and dressings.